Skip to Main Content
It looks like you're using Internet Explorer 11 or older. This website works best with modern browsers such as the latest versions of Chrome, Firefox, Safari, and Edge. If you continue with this browser, you may see unexpected results.

What is a Library Guide?

See the InfoLit Guide for training and tips to help you develop your skills in gathering, evaluating, and using information.

Getting Started - resources for any discipline

What Is a Patent?

Grant of property right to inventor, issued by U.S. Patent and Trademark Office.
Depending on type of patent, term of new patent is from 14 to 20 years from filing date.
U.S. patent grants are effective only within U.S. and its territories and possessions.

The Libraries offer access to other online encyclopedias. To identify these titles, search the catalog for the keyword "encyclopedia," and then use the Modify Search button to limit to Material Type "EBooks".

Catalog of U.S. Government Publications. - Finding tool for electronic and print publications from the legislative, executive, and judicial branches. Provides direct links to those publications  that are available online.

govinfo - Provides free public access to official publications from all three branches of the Federal Government.

Grants.gov  - Find and apply for competitive grant opportunities from all Federal grant-making agencies

State and Local Government on the Net - Each state's listing includes links to regions, counties, cities, towns, villages with that state.

State and Local Government on the Net

Statistical Abstract of the U.S. (ProQuest)

Glossary of Cartographic Terms : from Maps for America. Third Edition.

Open Access Maps at NYPL : high-resolution maps from the 16th to 20th centuries; includes New York, New Jersey, the Mid-Atlantic states, and also some from Europe. Create a free account to use the downloader. The maps are all available under a Creative Commons CC0 license.

New York State Map Pathfinder : "A collection of links to digital images of maps of New York State. It includes both individual maps and links to sites having multiple images."

Boro of Manhattan: Sanborn Maps - can be found under the Architecture subject tab.

MapQuest : Street maps and driving directions for the U.S. General coverage for the rest of the world.

U.S. Census Bureau. Reference and Thematic Maps. Reference Maps include a variety of map types that show the boundaries and names of geographic areas for which the Census Bureau tabulates statistical data. Thematic maps are data maps of a specific subject or for a specific purpose.

Surf Your Watershed : "Interactive mapping tools to locate watersheds down to the zip-code level. Includes Watershed Atlas, a catalog of geo-spatial displays and analyses of information and data important for watershed protection and restoration."

Color Landform Atlas of the United States : "Each state link brings up a menu of links to maps and other online information about the state. There are two main types of links on each state page: maps and images local to this site, and links to external Web sites."

Map Collections: 1500-1999 : This searchable American Memory collection includes maps from the Library of Congress Geography and Map Division. Organized by topic, including Cities and Towns; Conservation and Environment; Discovery and Exploration; Cultural Landscapes; Military Battles and Campaigns; and Transportation and Communication.

TerraFly : An interactive "fly-over" application designed to aid in the dissemination and visualization of geospatial data via the Internet. "Virtually 'FLY' over the entire United States."

ViaMichelin : Driving directions, route planner, and maps for over forty European countries; hotels, restaurants, and tourist attractions for twenty-five countries; and more from Michelin, publisher of maps and the Red and Green guides.

United Nations Cartographic Section : "Over 100 general maps of the world available as PDF files (Adobe Acrobat Reader required). Browse by either region or country. Also available are maps of deployment of UN peacekeeping operations. There are also a couple of thematic maps; geographic resources that include member names, capitals, and country codes; and related links."

Euratlas : "A periodical historical atlas, with a map of the states and political divisions of Europe for the first year of every century from AD 1 to AD 1700."

Historical Atlas of the Twentieth Century : "Maps illustrating what was going on in the world at specific times in the twentieth century in cities, government, war, religion, international relations, living conditions, and economics." 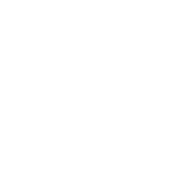